Galaxy Note 3 - Writing with the S-pen

Yesterday the wife and I got our hands on our awesome new phones - the Samsung Galaxy Note 3 - boy oh boy are we impressed!

So far we've both been tinkering and playing with the phones a lot! And even the wife, who used to have an iPhone 4, is totally converted!

One feature I'm really enjoying so far is the stylus, or S-pen as Samsung has dubbed it. It works very well indeed! One of the features you can enable for the S-pen is that you can write instead of type using the onscreen keyboard - it is a feature that you have to enable before it works, and here's a quick run down on how to do just that:

Go to Settings (easiest way to do that is press the bottom left button (next to the physical home button) while on the home screen, and tap on Settings): 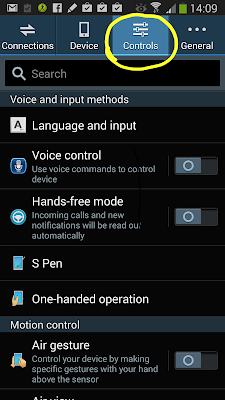 Tap on Controls at the top, bringing you here: 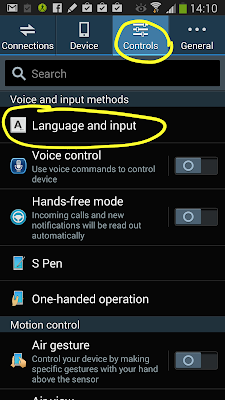 Here tap on Language and Input 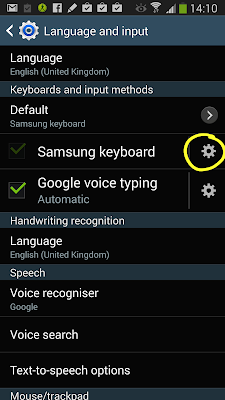 Then the cog next to Samsung Keyboard 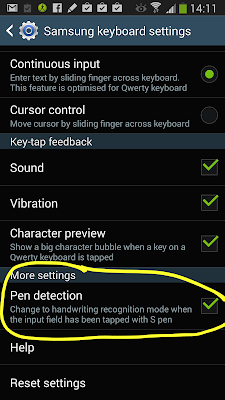 Scroll down, and toggle Pen detection

That's it, now anytime you have the pen out, and tap with it on a text input box, it'll automatically allow you to start writing instead of using the on screen keyboard. I must say, there's some kind of Voodoo going on, because it's extremely accurate, I've even tried to intentionally write just scribbles, and it still manages to pick up what I want it to!

Very glad I got the Galaxy Note 3, it's really freaking awesome!