A friend introduced me to a thing called Vsauce. It goes something like this: "Vsauce, Michael here..." - it is a Youtube channel that features a guy called Michael. The camera is always quite close to his face, and he wears black rimmed glasses. It's probably one of my favourite Youtube channels! The topics he covers varies greatly, but they are always extremely interesting and even educational (but not in a boring way at all!).

For example, they answer questions like Why are we morbidly curious and whether Cereal can be classified as soup. It doesn't stop there, and they have tons of videos answering all kinds of strange and interesting questions about everyday things. It's great, check it out here

After watching so many Vsauce videos, Youtube started suggesting other channels in the same genre as well, and I've recently discovered SciShow. These guys answer more science related stuff, but it too is extremely interesting. Why do we have baby teeth you ask? They answer that question in a short 3 minute clip. What would the 5 most important molecules in your body be? They answer that too. If you are at all interested in Science related topics, check this one out here

Watching tons and tons of SciShow videos, in one of the clips Hank Green, one of the two guys that does all the talking, mentioned another channel which I started watching yesterday. It's called CrashCourse. It has videos with crash courses (that's right!) of various things. For example, a crash course in Astronomy. Or one in Chemistry. I'm busy watching the chemistry one, and sheesh, if school science lessons were like these, I would definitely have paid much more attention! My boy will have such an advantage when he goes to school one day - the internet has explained so many things so much better than any of my teachers were ever able to. Anyway, back to CrashCourse - it's another awesome channel with cool stuff, so check it out here. Hank is one of the speakers here as well - seems like a very interesting fellow!

Enjoy, and please comment some of your favourite channels related to the above, if I like them, I'll link to them!
Posted by Rudi at 11:16 PM No comments:

Email ThisBlogThis!Share to TwitterShare to FacebookShare to Pinterest
Labels: learning

What Microsoft is up to...

Microsoft has revealed some really awesome stuff about Windows 10. The first one, and I think this is a kickass move on their part, is that in the first year of the new OS's life, if you run a Windows 7 or 8.1 pc, you can upgrade to Windows 10 FOR FREE.

A lot of people thought that this will become some or other subscription model, but it's not, you can do the upgrade for free in the first year, after that, if you want Windows 10, I assume you'll have to buy it.

This is such a great way to get people to try the new OS, I know I'm going to do so as well, after all, it's free! I wonder how big the download will be in the end...

Are you going to upgrade? Comment below and let me know!

Then, Microsoft is apparently emphasising gaming with Windows 10. So a quite nifty feature it will include is that you can stream gameplay from you XBOX One to any Windows 10 PC or Tablet. That is rather cool - I just wonder if you'll be able to play with your keyboard and mouse if you do stream the gaming...

DirectX 12 is also coming with Windows 10, and, it seems, only Windows 10, but, at least we get to upgrade to it for free hey! They claim all these huge performance increases, but I wonder if it'll really be that great, considering only much newer graphics cards will be DX12 compatible (maybe the performance boosts actually come from the newer hardware hehe).

I also read some mentions about cross-platform multiplayer. That would be quite cool I reckon! Playing on your PC with your buddy who's on his XBOX - nice going Microsoft, keep this up!
Posted by Rudi at 9:40 PM No comments:

GTX960 on its way indeed

Funny how just this morning I blogged about looking forward to the GeForce GTX960 when it finally launches, and I just read that the card will finally launch around the 24th of January 2015.

There will apparently be a 2GB and 4GB version, running on a 128bit bus and GDDR5 Memory. Frequency for the memory will be just over 7000Mhz, and power needs will be very low at just 120W. From what I gather, they will sell for around $200, so I guess around R3000 in South Africa.

Email ThisBlogThis!Share to TwitterShare to FacebookShare to Pinterest
Labels: my pc

I think 2015 is going to be a rather interesting year. There are a few things, though, that I'm very excited for (or very hopeful for!):

nVidia launched their awesome 970 and 980 cards last year, and it is inevitable that the mid range cards are on their way. In South Africa, the GTX 970 starts at around R5300 - that translates to about $450, a cool $100 more than you lucky peeps in the States.

That means the GTX960 will probably the one we can get for the price of the 970 overseas more or less.

Anyway, I'm not sure when it'll come, but it's coming, and that'll be the upgrade I go for for my gaming PC :)

Ahh, Grand Theft Auto Five. What an excellent game! I already own it on my aging Xbox 360 and I'm crazy about this game, but I'll always be a PC gamer first, and console gamer second. I absolutely cannot wait for GTA V to finally come to the ultimate platform - the PC!

Here are the specs you'll need to be able to play:

I'm quite surprised at how low the minimum specs actually are! My gaming PC with its GTX 560 Ti, 16GIG RAM and 3rd Gen i7 should run it fine :)

Oh, and the game's launch has been delayed until March 24 - that's a real bummer, but I don't mind too much - hopefully they launch a fully working and fully awesome title! (day one patches have become one of my pet peeves as of late.....)

Being able to play Xbox 360 games on the Xbox One

As far as I can tell, there's no plan for Microsoft to add this feature to the Xbox One, but sheesh, if they do, I'll definitely consider getting myself the One. I have quite a few 360 games, and if I can play them on the next gen (or rather current gen right!) console that would be awesome!

I cannot believe it's almost upgrade time again for my cellphone this year. I am EXTREMELY happy with my Galaxy Note 3 - it's an amazing device, and the size doesn't bother me at all, and quite frankly, I can never see myself going to a smaller phone again.

As is customary, I'm almost positive Samsung will release the Note 5 this year, and I expect nothing but greatness - 64bit processor, 4gig RAM (or even more!), QHD or even 4k screen, waterproofness, the ability to sms - That's going to be a very exciting time indeed!

Electricity (one can only dream hey!)

Ahhh, living in South Africa. What a joy and pleasure. Especially with the possibility of it being a dark year ahead. Eskom (our local power supply company) isn't doing so well, so I sincerely hope that we don't have a lot of load shedding this year. We are in the 21st century after all, and it would be a real pity if it comes to that. So, here's to hoping for the best - and stocking up on candles...

Feel free to comment on what you're looking forward to, would love to hear your feedback!
Posted by Rudi at 11:33 PM No comments:

My man cave got a small upgrade

After moving to our new house, we don't intend on moving again any time soon at all! So this time around, I decided to make the place fully networked with good old fashioned UTP (unshielded twisted pair, aka network cable if you didn't know). We use a media center PC to do our TV watching on, and this also happens to be the place where my ADSL router is situated (nice and central to give a better wifi coverage).

So, in the living room I have a 5 port gigabit switch, which connects to our study with a network cable through the ceiling. In the study, it connects to an 8 port gigabit switch. In the study there's our work PC's and the NAS. Today, I've decided to take a cable from the study to my man cave through the ceiling as well - it was using an old 54mbps Netgear wifi dongle that I've had for ages, and the thing is just not stable enough for anything other than browsing the internet.

So, now I have my man cave PC also connected with a proper cable onto the network.

One thing I must also say is that if you're still running a 100mbps LAN, do yourself a favour and upgrade to a gigabit one - it makes a huge difference! Copying something over the network is now actually so fast, that my hard drive read and write speeds are the bottleneck! Copying files only utilizes about 50% of my network capacity, which is bloody awesome!

Just remember to wire your cables properly, if they're not, chances are you'll only get 100mbps out of them.

Check out this handy guide on how to wire your network cables properly - it explains it very well indeed!
Posted by Rudi at 5:47 AM No comments:

Email ThisBlogThis!Share to TwitterShare to FacebookShare to Pinterest
Labels: howto, my pc

My gaming PC - an update

My gaming PC is up and running! So far I've only played Dragon Age: Inquisition on it, and it is performing admirably indeed! Running the game at 1600x900 (highest my screen can go remember) with almost everything turned to the max.

It runs great! Also, the Creative Speakers my awesome wife got me arrived, and they sound great. It's not a very big set, it's the Creative SBS A250 2.1 Desktop Speakers - they give around 11W RMS, which is more than what I need (for now hehehe...). 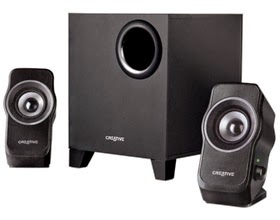 And they look quite nice too :)

Then, the mouse I'm currently using is my old Logitech G300: 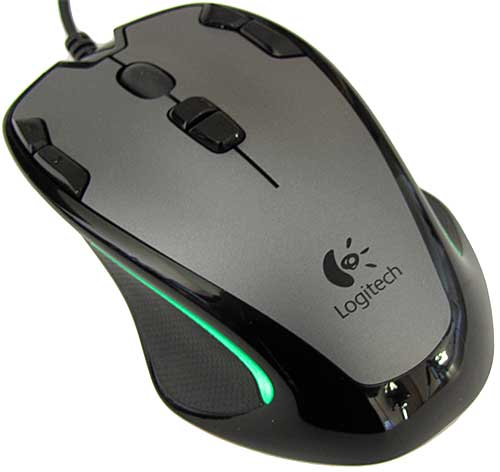 But, I did buy a very nice G402 recently, which is connected to my work PC at the moment - I'm contemplating moving it my man cave PC - in fact, I will do just that - I mean, look at how cool this thing is! And I did buy it for my gaming PC anyway, so it's the right thing to do: 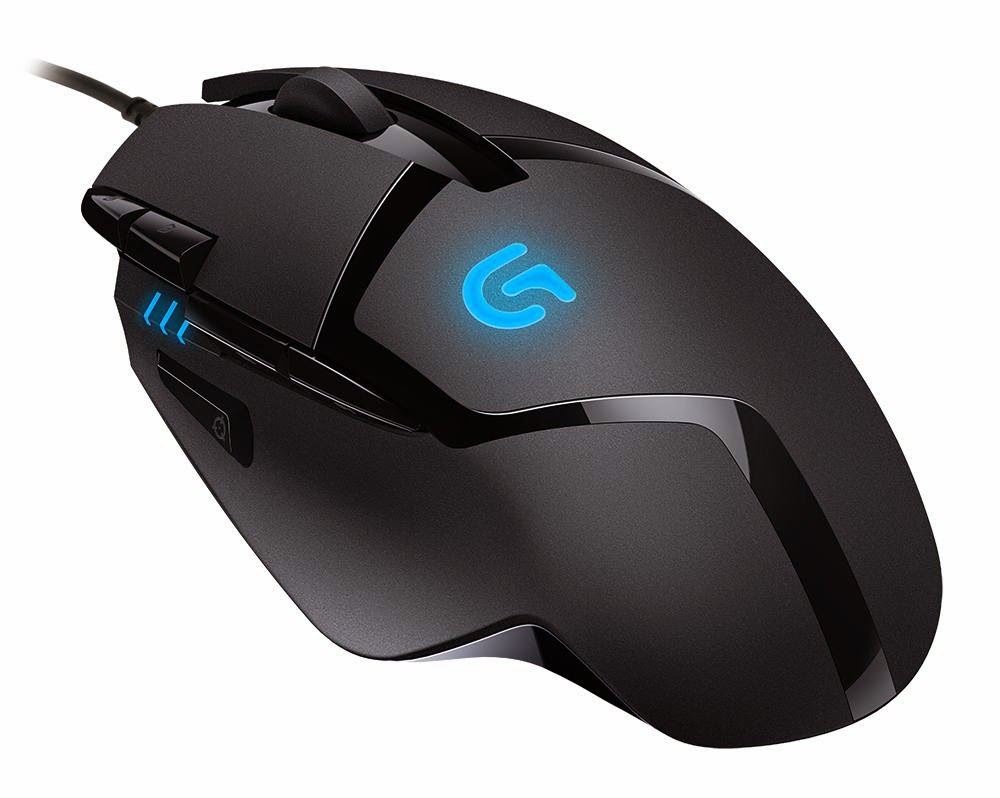 And, this is, sadly, the keyboard I'm currently using, a Logitech UltraX Premium Keyboard - it sucks for gaming, but for now it'll have to do until I can afford a decent mechanical one: 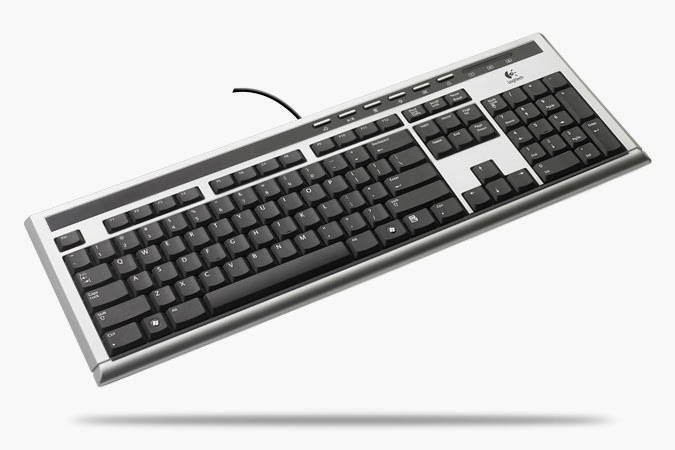 One of the only issues I have with the PC at this stage is the stock cooler that's on the CPU isn't pulling its weight, and the fan on top of it is really loud. The CPU temperature goes up to about 67 degrees Celsius while I'm playing, definitely want to get a decent cooler too - I'll probably end up doing that first...

Anyway, as a person who works from home on the PC the whole day, it's really refreshing to have a dedicated gaming PC to play games on and if you're in the same kind of situation, I'd highly recommend doing that as well if you can, it's really worth it!

Until next time!
Posted by Rudi at 2:53 AM No comments: