My good friend Jayson asked me to join him in the next Ludum Dare - for those out there who don't know what that is, it's basically a competition (although there isn't really anything to be won, except for exposure and the oh-so-needed experience) where you can take part in either the compo or jam - for the compo you must create everything in the game yourself, and you have 48 hours to complete your game in, and in the jam you get 72 hours, but you have the ability to opt-out of various aspects, like sound or graphics.

Another interesting part of the dare is they give you the theme! This time around it was "unconventional weapon"...

I was a bit skeptical to join in, but decided to go for it! My Unity skills aren't close to as good as Jayson's, so he was in charge of coding, and I decided to go for the one thing that really makes me uncomfortable - graphics! The whole idea, after all, is to move you out of your comfort zone and to let you push yourself. And I'm very glad I did!

The dare started Saturday morning at 3am for us (local time in South Africa of course), and we were greeted with nice load shedding on Saturday morning between 10am and 12pm. Haha, we had to laugh at the additional challenges we would face being in deep dark Africa. We had load shedding the next day as well, and Jayson had internet woes a plenty!

Anyway, the theme, Unconventional Weapon, was quite not what we expected, so we both wrote down a bunch of ideas for that. I had stuff like Bovine Launchers (a cow cannon if you will), Mainstream guns with which you kill hipsters, and a bar code scanner. Jayson thought of a dog bowl hehe...

We went with the bar code scanner, and after we discussed it a bit, we decided that the main protagonist would be none other than a QR code whose aim is to get to the other side of a supermarket and let yourself get scanned to disarm a bomb. On your path to glory you would face one of two enemies - the evil bar code scanner shooting you with powerful waves slowing your progress (or ultimately bumping you off the shelf!) or a shopping trolley toting a general electric mini gun that shoots pencils - because why not! The game is called AgentQR :D

I'm going to post the images here now, and feel free to mock and ridicule me, as I don't have much of a artistic bone to even come close mentioning.......... 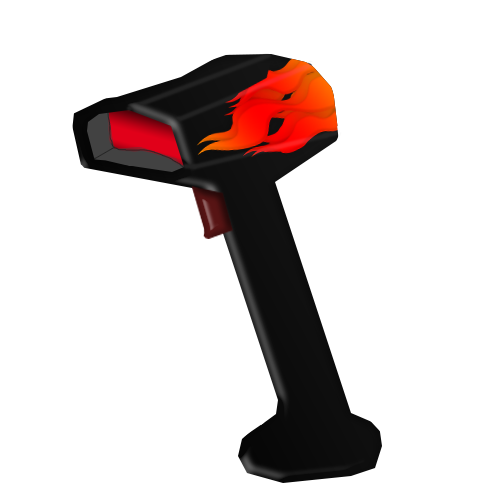 I made that thing from SCRATCH in Photoshop! The flames really helped bring out the evilness of it! :)

Next, the shopping trolley with the pencil shooting general electric mini gun: 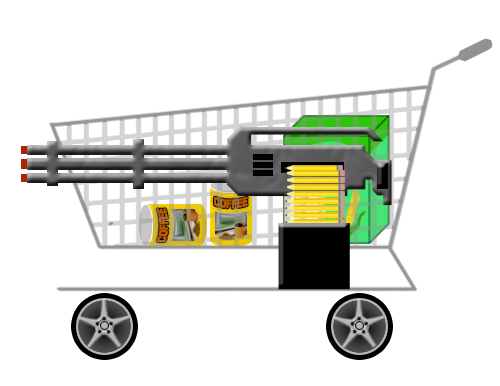 Jayson didn't like the original wheels I had on, so I decided to show my disgust at him for giving the trolley a very nice set of expensive alloy rims and low profile tires. That's right!

I also had to design the level, which included a backdrop (which I kinda like!):

And some items for the background inside the supermarket: 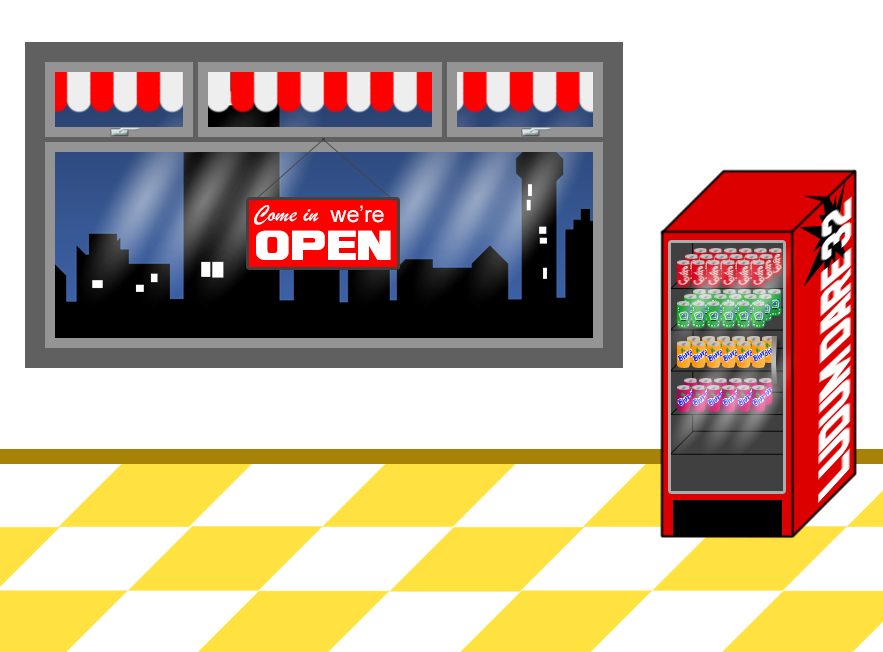 I made the fridge FROM SCRATCH hehe, and the cool looking window. Lastly, some items to block the way for our hero, like Milk, boxes, coffee cans, toilet paper and cereal (these were the easiest I could come up with haha): 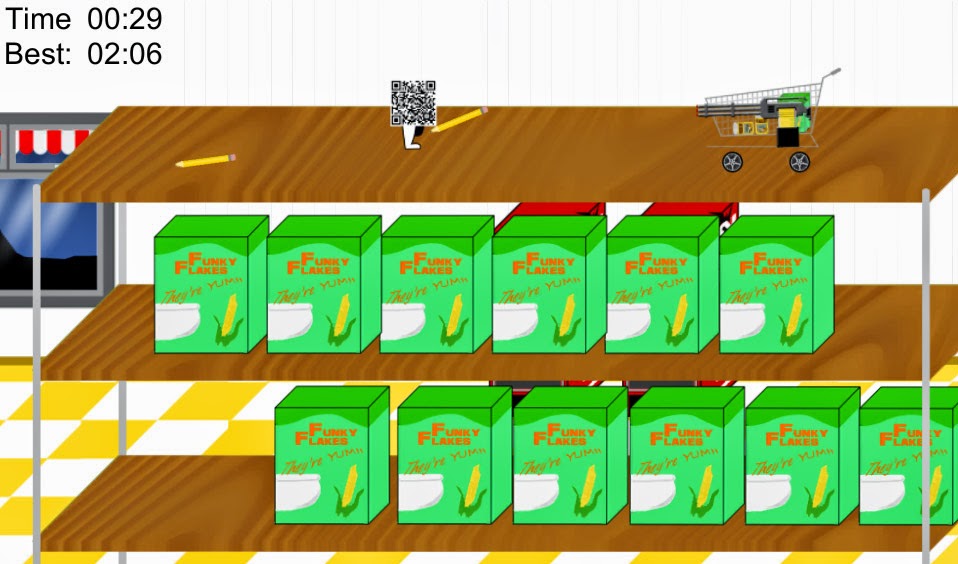 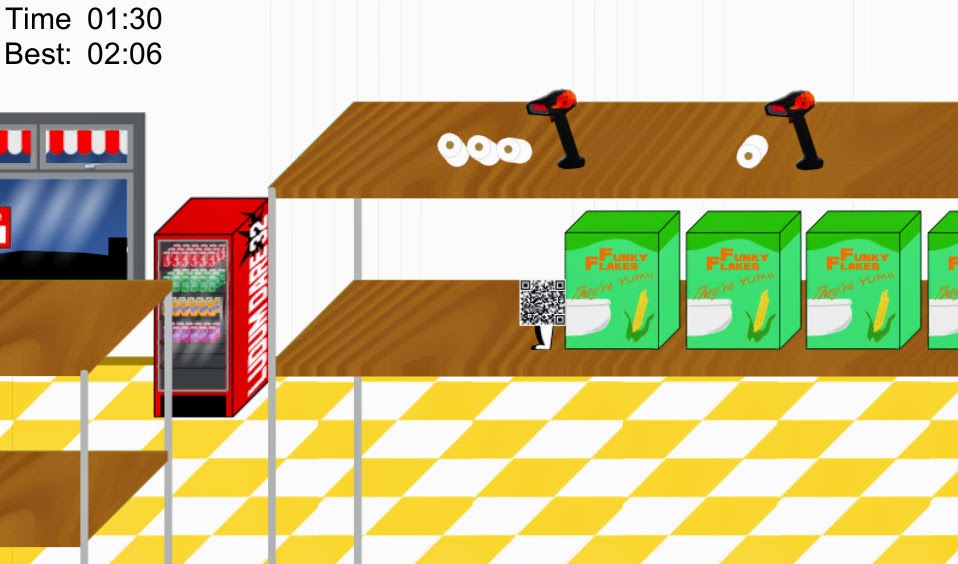 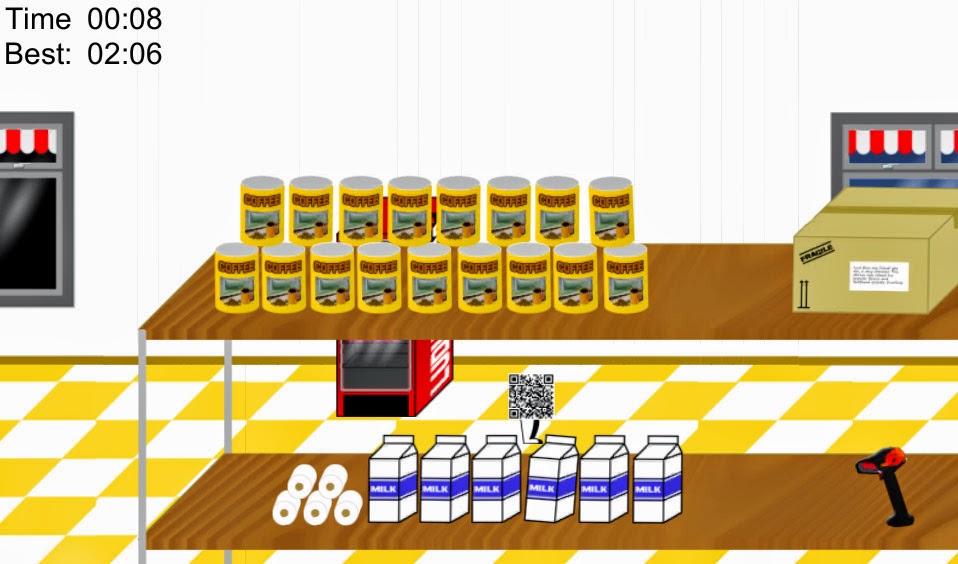 And lastly, our Hero: 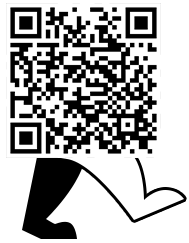 We made the game in the 72 hours we were given. And it was an immense amount of fun, and both me and Jayson learned a hell of a lot! I realised that if I give some effort, I can actually manage to make not too bad graphics, and Jayson made his first ever platform game.

The only thing we opted out for was sound - I tried recording some sound effect with my phone, but that failed miserably!

If you also took part in the dare, please vote for us, and if not, feel free to check it out anyway and let me know what you think!

Play it on the web here: http://www.alistersoftware.co.za/projects/AgentQR/Web.html (Just use any browser other than Chrome, they don't allow the Unity Web Player anymore)
Posted by Rudi at 1:52 AM